Fourteen years after the release of the first EP on dreiton, we are looking forward to the 50th release with a compilation consisting of two parts.The first Part of great artists like YouANDme, Alessandro Crimi, Tom Cabrinha, Lars Leonhard, Nvelope&Madlyne, Simon Spe, Ikosaeder, and the Idealist should not only reflect our musical background up to now,but also show our curiosity to rediscover electronic music and beyond that not to commit ourselves to one style of music. Varieties from Dub Techno and Deephouse to Detroit Techno create a diversified compilation with soundscapes and kicks in peaceful coexistence. Interspaces that want to be understood and in the end simply music that gets us in the mood for what's coming... 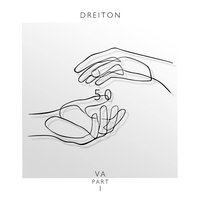